Theatr Genedlaethol Cymru and Theatr Iolo are proud to announce the full cast and creative team for their upcoming spring tour of Pijin | Pigeon – a new Welsh stage adaptation by playwright Bethan Marlow, based on the best-selling novel Pigeon by author Alys Conran. The play, which is presented in association with Pontio, will open at the Bangor venue, before touring to theatres across Wales during February and March 2023. 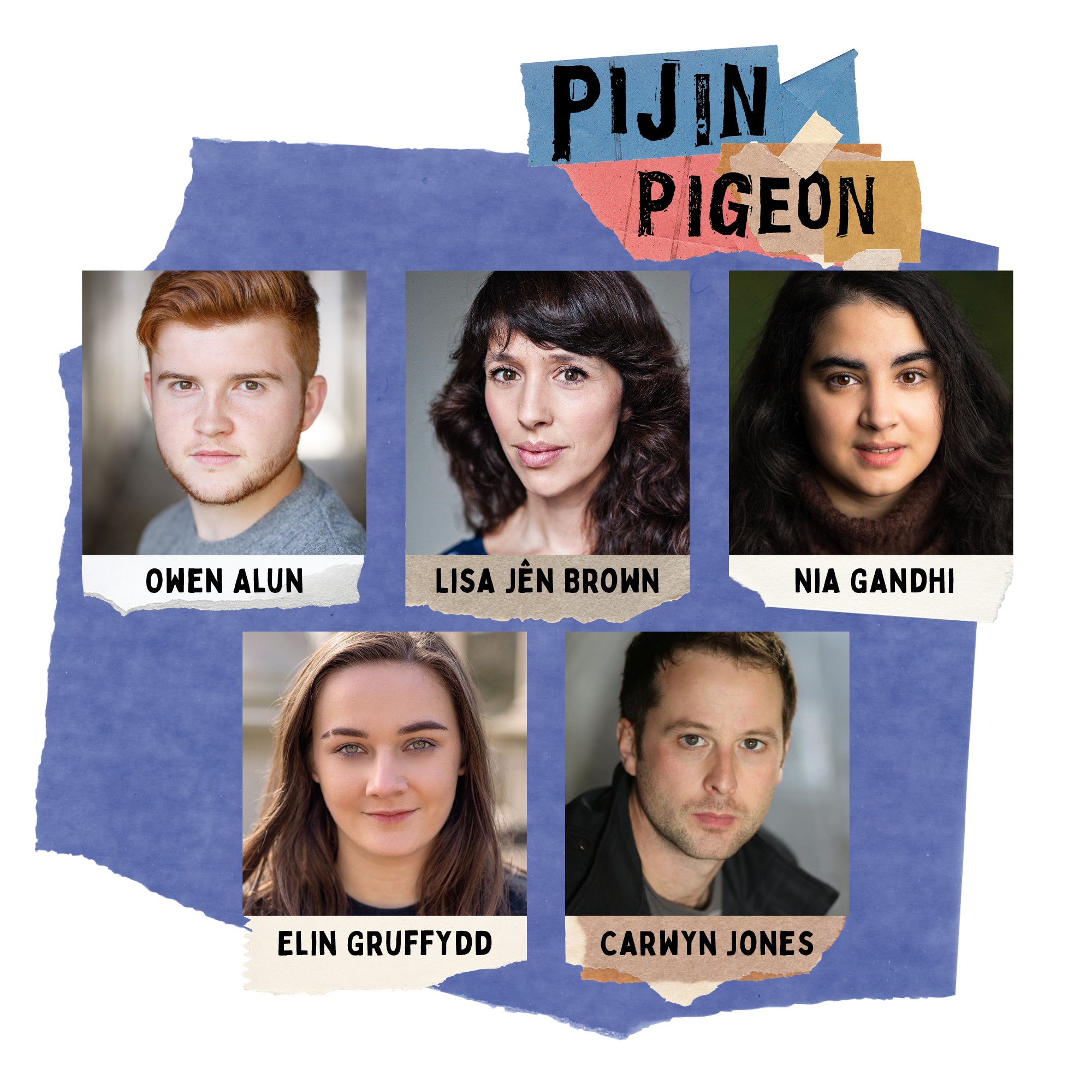 Director Lee Lyford has also assembled a talented team of creatives to stage this brand-new production. Set and Costume Designer Carl Davies will bring Pigeon’s world to the stage in a bold reimagining of the landscape of rural north Wales, alongside integrated creative captioning from Video Designer Hayley Egan. Also joining the creative team are Lighting Designer Ceri James and Sound Designer and Composer Tic Ashfield, with Melangell Dolma as Assistant Director, Ola Klos as Assistant Designer and Eddie Ladd as Movement Director.

“I am thrilled to be working with such a fantastic cast and creative team on Bethan Marlow’s beautiful adaptation of this important Welsh book by Alys Conran. It’s a real privilege to be working on this production alongside Theatr Genedlaethol Cymru and to be bringing the story to life on stage for our audiences.”

“At Theatr Gen, we’re all about bringing brilliant Welsh stories to audiences across Wales and Pijin is one of those very special stories, deeply rooted in the slate quarry communities of north Wales. It's always a pleasure to work with Theatr Iolo and I can't wait to see how Lee and this talented cast and creative team bring this exceptional novel to life.”

Set in the early ’90s, Pijin | Pigeon is a gripping tale about growing up, friendship and the power of words. Pigeon may be one in a million to his best friend Iola but he’s desperate to escape the life that awaits him at home every night and uses his imagination, stories and words to survive. But what happens when words are no longer enough and life changes forever?

Welsh and English are subtly woven together in the play and every performance will feature integrated creative captioning in both languages. Performances with BSL interpretation from Cathryn McShane, English and Welsh audio description and touch tours are available in Bangor and Cardiff. There will also be pre-show talks for Welsh learners before certain performances with workshops available for schools, colleges and universities, including selected events with Alys Conran and Bethan Marlow.