Following the success of the digital play Enfys by Melangell Dolma, Theatr Genedlaethol Cymru and BBC Cymru Fyw are delighted to announce that the partnership is continuing, with Enfys having been developed into a digital series of four short plays. As this series celebrates learning Welsh, we are pleased to announce that the individual episodes are being broadcast daily on BBC Cymru Fyw, and on the Facebook pages of BBC Cymru Fyw and Theatr Genedlaethol Cymru, during BBC Radio Cymru’s Celebrating Learning Welsh Week, to be held on 10–15 October.

Dafydd Meredydd, BBC Cymru’s Head of Welsh Language Services, said: “Welcoming Welsh learners to the BBC Radio Cymru and BBC Cymru Fyw community, and celebrating their contribution to the arts in Wales, is very important. I’m delighted that we are working with Theatr Genedlaethol Cymru, and the National Centre for Learning Welsh, on this special project so that we can offer innovative and relevant content – not only to those who are learning Welsh, but to all Welsh speakers.”

In the original episode that was broadcast online in June 2020, the virtual audience had an opportunity to meet Nick, one of the characters. As did many people who were furloughed at the time, Nick decided to learn Welsh by attending online classes with his tutor, Enfys. Nick was portrayed by the actor Richard Nichols from Porthcawl. Richard himself is a Welsh learner and has appeared in programmes such as Doctor Who and Pobol y Cwm and several radio plays. In the three new episodes we see his relationship with Enfys developing, with several awkward and amusing moments along the way!

The part of Enfys is played by Catrin Fychan, from Bro Ddyfi. She’s a familiar face on television programmes such as Pobol y Cwm, 35 Diwrnod and Y Gwyll/Hinterland, and has performed on stage with Bara Caws and Frân Wen.

Melangell Dolma, the author, said: “I was delighted with the response last year to the first episode. I’m very pleased to have the opportunity to revisit Nick, a likeable character, and to introduce new characters, including Enfys – the Welsh teacher who is also struggling single-handedly to entertain two children during the lockdown period – and Julie, who considers herself to be a bit of a matchmaker! It’s evident that there is a demand for more work reflecting the learners’ experiences. As Enfys herself says, “That’s something I’m always ready to celebrate!” 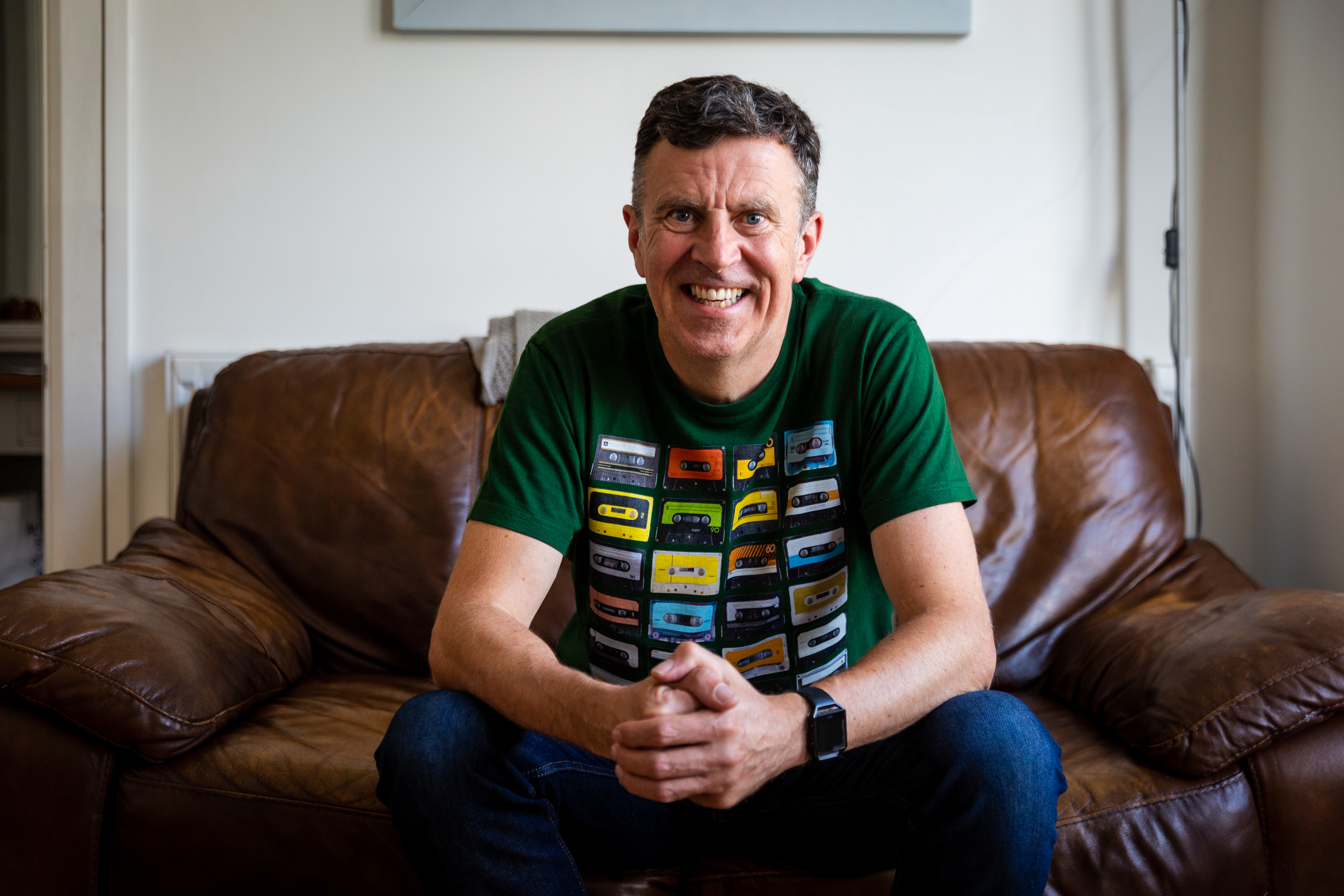 Theatr Genedlaethol Cymru has been supporting Welsh learners for many years. Sibrwd, the app for smartphones and tablets, was developed so that non-Welsh-speaking audiences, and learners, could enjoy live theatre in the Welsh language. More recently, thanks to funding from the Arts Council of Wales, Theatr Genedlaethol Cymru has been supporting freelance artists and theatre workers to gain confidence in using Welsh in the workplace, by means of a ‘Work Welsh’ course provided by Nant Gwrtheyrn and the National Centre for Learning Welsh, before giving them an opportunity to be employed to work on Welsh-language productions to extend their experience.

Arwel Gruffydd, Artistic Director of Theatr Genedlaethol Cymru, said: “Thanks to direct sponsorship from the Arts Council of Wales, and the cooperation of the National Centre for Learning Welsh, this unique scheme has provided a way of supporting freelance artists to develop their Welsh language skills at a time when there is a dire need to expand a workforce that can work through the medium of Welsh, and in an extremely challenging period for the freelance workforce in the wake of the pandemic.”

One of the actors who was sponsored to receive Welsh lessons is Rhiannon Oliver from Cardiff. Having trained at RADA and worked at the Shakespeare Globe, the National Theatre, the Theatre Royal in Bath, and on popular television programmes such as Torchwood, the opportunity to learn Welsh through this scheme with Theatr Genedlaethol Cymru has opened new doors for her. She was delighted to have an opportunity to act in Welsh for the first time in the series Enfys. Rhiannon plays Julie, one of the mischievous learners in Enfys’s class!

“I’m so grateful for the opportunity to be a part of Enfys. I have worked very hard to learn Welsh, and it’s an incredible feeling to be able to use my Welsh in a project such as this. I learned so much during the process, especially as the whole team was so supportive and very willing to help when I was unfamiliar with a word or phrase.”

In order to extend her experience of working in Welsh, Rhiannon was able to stay on the set to shadow the crew during the remainder of the filming. She said: “It was so beneficial to be a part of a Welsh-speaking workplace; before the end of the week, I was starting to think in Welsh for the first time – a very exciting experience! It gave me so much confidence, and I’m determined to continue to develop my Welsh language skills. I can now see a future for myself using more and more Welsh – in my personal life and in my career. I feel so lucky to have had the help of Theatr Genedlaethol Cymru.”

Thanks to the support provided by the National Centre for Learning Welsh, three further Welsh learners have been given an opportunity to play the parts of Welsh learners in Enfys. Being included in the cast of Enfys was an opportunity for Becca, Sian and Judi to take their first steps into the world of the professional theatre, and to learn Welsh in a completely different way.

Helen Prosser, Director of Teaching and Learning at the National Centre for Learning Welsh, said: “The Centre for Learning Welsh is delighted to be a part of this project. There was a very warm response to the first episode of Enfys, and we look forward eagerly to seeing what happens to Nick and Enfys. It’s great that the Theatre has given three Welsh learners an opportunity to be part of the experience.”

The Enfys series will be available in Welsh, and in Welsh with both Welsh and English captions. A British Sign Language version will also be available on Theatr Genedlaethol Cymru’s YouTube channel. We look forward to sharing the episodes with you daily, on Theatr Genedlaethol Cymru & BBC Cymru Fyw’s Facebook pages & also on the BBC Cymru Fyw online magazine, during BBC Radio Cymru’s Celebrating Learning Welsh Week, between 11–15 October.